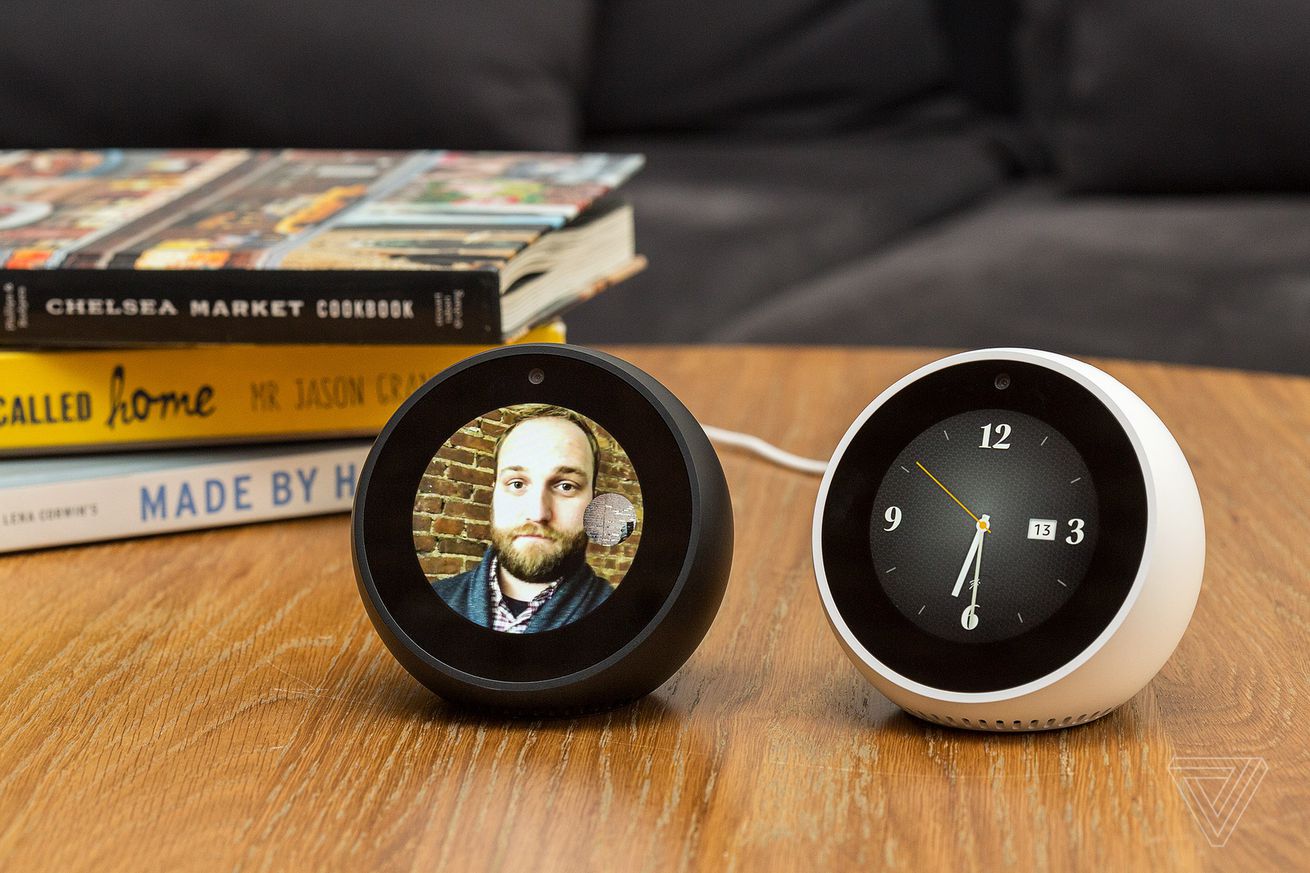 Smart speakers like the Amazon Echo, Google Home, or the Apple HomePod remain a good fit for most homes if you enjoy listening to music above all else. But some of the smart assistants that power them have found their way into smart displays, a new form factor that brings about some exciting changes.

Whether you’re tied up in Amazon or Google’s ecosystem of apps, smart displays let you do more hands-free than any smart speaker can. Boiled down, they are equipped to take on tasks usually reserved for your smartphone or tablet. In addition to listening to music, you can control your connected home tech, hop into a video call, or follow along with a recipe on the screen, to name a few examples.

This category of smart devices is set to grow, with Android Things-powered options on the way from the likes of LG, Sony, and JBL. But for now, we’re focused on helping you decide between three options: Amazon’s Echo Show, the smaller Echo Spot, and the Lenovo Smart Display by Google. And the good news? They’re all pretty great.

This rather unassuming smart display features a seven-inch display and is tied in heavily with Amazon’s services. If you have experience with the Echo speaker, the Echo Show works in all of the same ways with its far-field microphones and Alexa integration. But it’s a little more expressive, what with its touch-friendly display. Any and all info that you request pops up on its screen for you to see.

Despite this added layer of engagement, the Echo Show demands very little from the user. There’s no app store, and setting it up doesn’t involve shifting around home screen icons. It simply sits at the ready for your requests, though it can entertain by playing movies and TV from Prime Video, video clips from its partners, like CNN, as well as video chatting.

The Echo Show and the smaller, cheaper Echo Spot feature “Drop In” video calling, which lets you hop into a video chat unannounced with a trusted contact. Before you get too alarmed, know that this has to be enabled by both users, but it essentially just allows either party to automatically open up a line of communication without syncing up a time and place. This function works between any Echo device, Fire tablets, as well as iOS and Android phone users who have the Alexa app installed.

If you want to give your phone a boost, the Echo Show is certainly louder and better-sounding. We found that it outperforms the Echo speakers, but it’s not as good as something like the Sonos: One. This smart display can play tunes from your phone via Bluetooth, however, the Echo Show’s audio cannot be piped through a different audio source, unlike the Echo Spot with its 3.5mm jack.

The $129 Echo Spot embodies Alexa in its spherical build, giving it the same skills as any Echo speaker. But, similar to the Echo Show, this model has a display built-in. It’s just circular instead of a rectangle, and is much smaller and cheaper.

For about the same price as the Show, you can get two Spots and gift one to a close friend of family member to stay in touch via the “Drop In” video chat feature detailed above. We’ve also seen multiple Spots used in the same house as a means to quickly call up to someone in, say, an upstairs office to ask a question.

There are a few special use cases for a smart display of this size. In the kitchen, it’s ideal for setting timers and listening to music. For other rooms, it can handle the alarm duties without getting in the way. While it’s by no means a security camera, the “Drop In” feature could let you keep an eye on what’s happening in a different room.

It seems rather trivial as to why anyone would want to use the Spot for entertainment purposes beyond listening to music or watching a brief video clip. The circular screen is rather small, but it works in a pinch for Prime Video and Amazon Channels. As for music, this little speaker’s throughput is below what any of the Echo speakers can put out, though it’s certainly aided by its 3.5mm jack that can output to your current speaker system.

Lenovo’s aptly named Smart Display comes in two sizes: eight inches or 10 inches, with pricing set at $199 and $249, respectively. The Smart Display looks like a digital picture frame, though it’s obviously way smarter than one.

This model runs Android Things, Google’s OS that’s built specifically for Internet of Things devices. Like Amazon’s smart displays, this Lenovo model can likely control most of the connected tech that you have in your home.

While Google’s smart displays are somewhat short on groundbreaking features, there are some niceties here that might be tough to live without should you opt for Amazon’s Echo Show. First, a bigger screen. If you want to read recipes while you cook, it’s going to be a bit easier on the Lenovo displays.

The other big feature? YouTube. It’s invaluable that Google Assistant can provide YouTube videos as a solution to your question. You can share Google Maps locations from the Smart Display to your phone, too. In situations like these, its strong ties with Google services feels rewarding. Though, it’s also one of this product’s damning facets if you aren’t as heavily invested and right now, it’s difficult to play video from other sources, like Netflix or Hulu, on the Smart Display.

In terms of video chatting, the Smart Display only supports Google Duo. Amazon’s “Drop In” feature is certainly more unique than Google’s implementation, but Lenovo’s display gets kudos in the privacy department for building in a hardware switch that covers the front facing camera.