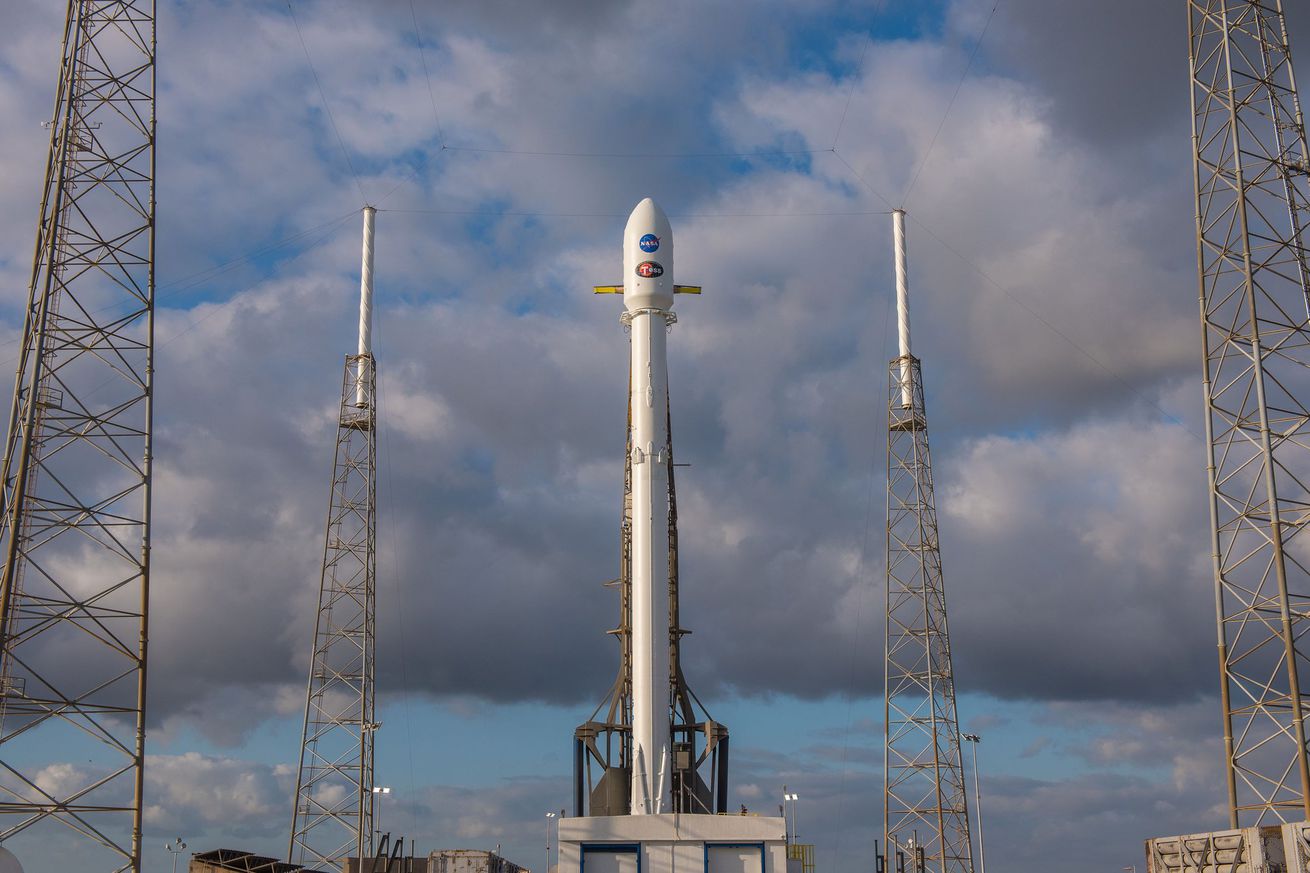 Update April 16th, 4:35PM ET: SpaceX is pushing back the launch until Wednesday, April 18th. The company says it needs more time to do analyses of guidance, navigation, and control systems.

Original Story: On Wednesday, SpaceX will send a refrigerator-sized satellite into orbit for NASA to hunt for distant worlds far outside our Solar System. Called TESS, it’s the first NASA spacecraft that SpaceX will launch that is designed to peer deep into the cosmos.

TESS is NASA’s newest exoplanet hunter. The probe is tasked with staring at stars tens to hundreds of light-years from Earth, watching to see if they blink. When a planet passes in front of a distant star, it dims the star’s light ever so slightly. TESS will measure these twinkles from a 13.7-day orbit that extends as far out as the distance of the Moon.

The satellite won’t get to its final orbit on this launch. Instead, the Falcon 9 will put TESS into a highly elliptical path around Earth first. From there, TESS will slowly adjust its orbit over the next couple of months by igniting its onboard engine multiple times. The spacecraft will even do a flyby of the Moon next month, getting a gravitational boost that will help get the vehicle to its final path around Earth. Overall, it will take about 60 days after launch for TESS to get to its intended orbit; science observations are scheduled to begin in June.

SpaceX is using a new Falcon 9 for this launch, which will take off from the company’s launchpad at the Cape Canaveral Air Force Station in Florida. But the company does plan to recover the rocket after liftoff. The 14-story first stage of the Falcon 9 will attempt to land on one of SpaceX’s drone ships in the Atlantic Ocean following the launch. It’s the first landing that SpaceX has attempted since the Falcon Heavy’s test flight in early February. If successful, the company may use this vehicle to fly its next cargo mission to the International Space Station for NASA, according to Hans Koenigsmann, vice president of build and flight reliability at SpaceX.

The company will also try to land the Falcon 9’s nose cone in the Atlantic. Also known as the payload fairing, the nose cone is the bulbous structure that surrounds the satellite at the top of the rocket. Once the rocket is in space, the fairing breaks apart into two halves, both of which fall back to Earth. Each half deploys a parachute to slow down, and then a boat equipped with a giant net tries to catch one of the halves before they hit the ocean. SpaceX hasn’t been able to catch any of its fairings yet, and it won’t be catching any fairings this time, either. The company’s netted boat, called Mr. Steven, is out on the West Coast and wasn’t able to make it out to Florida. However, SpaceX will still try to land the fairing in the ocean to get more data that will help the company perfect the recovery technique.

NASA has a launch opportunity almost every day until April 26th

Takeoff is currently scheduled for 6:51PM ET on Wednesday, and SpaceX only has a short launch window in order to get the rocket into orbit. And if the vehicle doesn’t go up then, there are plenty of backup launch dates. NASA has a launch opportunity almost every day until April 26th. If, for some reason, SpaceX doesn’t launch by the 26th, the mission will have to stand down while NASA shifts its focus to launching another big spacecraft, the InSight Mars lander, which is taking off from California. InSight is slated to launch on May 5th, and it’s a higher priority for NASA since the vehicle can only take off during a relatively short window when Earth and Mars align on their orbits this year.

Originally, SpaceX hoped to launch on Monday afternoon and had rolled out the Falcon 9 to its launchpad the night before. However, the company had to stand down a few hours before launch to do some extra pre-flight checks. When this mission does go up, both NASA and SpaceX will provide live coverage of the launch before takeoff.